i find myself breaking things far too often. maybe i’ve broken a lot more than i wanted to.

i’m a software engineer gone cyber security geek. i love to pentest, code, and break things… not in that order. i also game from time to time. stick around, you may like my content.

It’s been an incredibly busy and crazy week. It flew by so fast, and before I knew it, it’s Monday again. Today’s the day to vote in the Federal Election and I’ve got to be honest, there just isn’t any single good candidate to vote for. But alas, I’m a big supporter in democracy and change, so I’ll be placing my vote on the person who sucks the least out of them all. I know, it’s a little harsh to say, but their policies aren’t very good, and I’ve yet to hear anyone address an issue I keep bringing up – privacy, cyber security and surveillance. So, let’s hope this vote works out and maybe we’ll see some reform?

I’ve been working hard on my new CMS, Typinion, and I’m pretty proud of it. I’ve just added support for Podcasts with full CDN integration (BunnyCDN), streaming and a pretty sleek interface for it. On the topic of Podcasts, I wrote this integration because I’m starting my own podcast. It’s called Tech Uncensored, and it’s a series of stories, and helpful advice around technology in a comedic way. My wife and I sit down once a week, and crank out some questions, tips, stories and advice. They’ll be about 20 to 25 minutes long, and available on iTunes, Google Play, Spotify, and the Web. Additionally, any player that can read generic RSS feeds will be able to play them (I’ll share the RSS feed to the public).

On Sunday my wife, son and I went to the Museum of Science and Technology. They’ve never been before, so I thought it’d be a fun experience for them. The last time I went was before it was renovated, and I’ve got to say honestly, it’s not as good as it was before the renovations. Overall though, my son ran around, went through the trains, and generally just played and had fun, and I’m super proud of him.

On the way to the parking lot, my car was on a slight bit of an angle and we reversed into the parking spot. No big deal. The guy in the car next to mine comes out, and he says to my wife “Did you hit my car?” and my wife says “No” – in the meantime he’s giving me a dirty look, and I pop out of the car (context: was going to pull it forward a foot so she could put the stroller in the trunk) and ask him “What’s the problem?”

He says “Great parking job here. Did she hit my car?” I said “Nope, she didn’t. We haven’t been here long, about 45 minutes.” His wife is in his car and telling him to get inside, he says to me “My paint job says otherwise.” I asked him to show me where the “scratch or dent” was, he huffed, got in his car and drove away. It was pretty funny, his car was full of dirt and dust. He poured water of the alleged “scratch or dent” and just like that it disappeared, and for being a red car that shouldn’t of disappeared if it was real.

Lesson to the driver of that car: If you’re going to make an accusation, don’t huff and drive away once you realize it’s not our fault and have no proof because it was dust. In the end, my wife and I laughed for a good solid 20 minutes at this guys actions. Next time I see him I’ll give him a coupon for a car wash, then at least if someone does hit his car, he’ll be able to see it.

That was my exciting week, and this week is going to be equally as exciting. I’m preparing to launch my Podcast this week, and I’m launching Typinion this week! If you’d like to demo Typinion early, head over to https://demo.typinion.com/ and check it out. Originally, I was going to charge $99/year for a license to Typinion, but I’ve decided to make Typinion free to everyone. Instead of charging, I’ll be prompting people downloading and asking them if they would like to make a small donation, with no obligation to donate at all.

I’ve been asked by some subscribers here if I’m going to keep maintaining Typinion, and the answer is absolutely yes! I’m going to be using it to run my Podcast website, this website eventually, my wife’s websites and some customer websites of mine. I’ve got Typinion to a state where I’m confident in rolling it to production, so we’ll see where that takes us!

Till next time, subscribe to my newsletter to learn more and keep up to date!

Weekly Update 20: A New Road Ahead 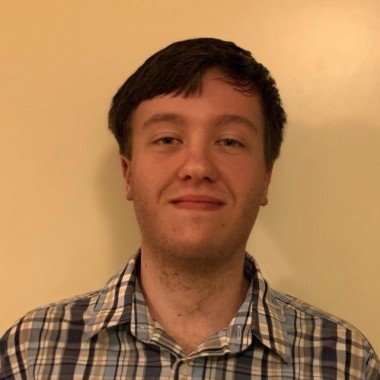 Senior Software Engineer and Cyber Security Analyst from Canada, technology and nature lover, breaker of things. Running my own business in the cyber-security sphere!